We are twenty-one years into the twenty-first century. The world has never been more connected with the advent of new technologies, yet historical inequalities still run rampant. These inequalities manifest themselves in different ways. Global travel, for example – despite the ubiquity of aeroplanes nowadays – is still only widely accessible to citizens of “developed” countries due to prohibitive visa restrictions. In architectural education, many institutions still prioritise a Eurocentric curriculum, the architecture of non-Western populations largely ignored. Another perpetuation of prejudiced systems is Orientalism – and exploring this concept through an architectural lens is useful for interrogating contemporary design approaches and approaches of the future. 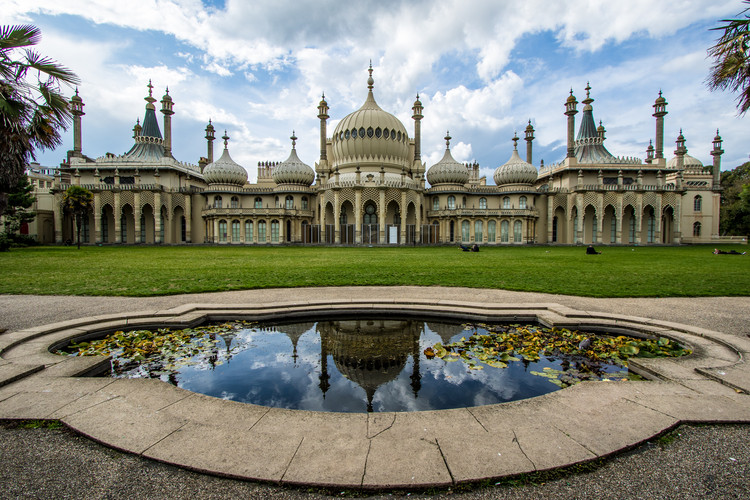 The term Orientalism was borne out of cultural critics Edward Said’s 1978 text of the same name, in which he argued that the dominant European political ideology formed the notion of the Orient in order to subjugate it. Said explained that the concept embodied a distinction between the “East” (the Orient) and the “West” (the Occident) so as the West could control and authorize views on the East. In short, it is a binary viewpoint, a system of representation whereby cultures of the East are portrayed as primitive and uncivilised, in contrast to Western cultures which are “progressive” and “civilised.” This, in effect, justified European and American imperial projects – from the expropriation of resources from North Africa, the Middle East, and Asia to exploitative expropriation of cultural heritage.

Nineteenth-century Europe is where we can see examples of Orientalism most vividly. Amidst the expansion of European imperialism, industrial capitalism, and mass consumption, cultural appropriation in Europe included a taste for porcelain, textiles, and fashion from the Middle East and Asia. There were artistic trends such as Japonisme (Japanese-inspired), Chinoiserie (Chinese-inspired), and Turquerie (Turkish-inspired) all of which exotified those cultures.

Can Vernacular Architecture Be Exoticized?

In the architectural sphere, the 1867 Exposition Universelle in Paris saw unabashed displays of Orientalism. Designers Jacques Drévet and E. Schmitz – were tasked with designing the Egyptian section. The result was a structure that was supposed to represent the palace of the Ottoman ruler – with glaring inaccuracies. A barn was attached to the structure – not typical of an Ottoman palace, the Egyptian section a precursor to later fairs which haphazardly combined disparate architectural elements from other cultures.

Over in the United States, Orientalist aesthetics were in vogue in the Nineteenth century too, arguably at a smaller scale than in Europe. Chicago houses a large number of buildings built in the so-called Oriental style. The Medinah “Temple” is one such example, built-in 1912 to accommodate the Chicago chapter of the Shriners, a Masonic society.

The onion dome of the building, and its ornamented tilework in its façade, are clearly meant to mimic an “oriental” architectural style, with the othering of Eastern cultures undertaken by the first owners of the building. Parties planned by the Shriners would feature men and women dressed in Arabesque costumes, borrowing and misconstruing customs from the Middle East as part of the society’s rituals. More recently, the building used to host a Bloomingdale’s Home Store, but its origins are hard to ignore. The Medinah Temple, in the style of countless other Orientalist structures, evokes the architecture and design of other cultures, yet with scant engagement beyond the surface. This is what can be viewed as the inevitable result of Orientalist architecture – inauthentic structures that fail to take into account cultural and regional variations between countries.

The Orientalism discussion in architecture, however many structures such as John Nash’s Royal Pavilion in Brighton and Cockerell’s Sezincote House in Gloucestershire might feature in the conversation, can be expanded into Modernist architecture too.

In colonial Morocco in 1940, there was a need for the provision of housing amidst a large growth in population in Casablanca. This need saw the planning of Carrières Centrales – a proposal conceptualised by the Modernist collective Team X. Although the architects of the proposal refused to use any Orientalistt forms and similar historical stylisations in the project, the proposal still propagated Orientalism in another sense. In designing three standard house types for three different communities: Muslim, Jewish, and Christian (usually European), there were clear Orientalist lines of thinking.

The Muslim house was the most closed one, with rooms arranged around a central patio. In the Jewish house, the patio was left semi-exposed. In the European house, windows and terraces looked out into the open street. One of the Team X architects – George Candilis – when asked by a Moroccan why the house types aren’t the same, responded that “It is because you live in different conditions from the French, I am trying to find your identity.” A statement that epitomises that Orientalism can transcend stylistic appropriation and manifest itself in paternalistic attitudes and imposition of ideas – in this case, the belief in the effectiveness of a universal European approach to architecture.

Orientalism in architecture is an extremely complicated and wide-ranging topic, and as cross-cultural influences expand in an increasingly globalised world, Edward Said’s definition of the concept will continue to be relevant.

Can Vernacular Architecture Be Exoticized?